China has seen unprecedented growth in microsystem and semiconductor infrastructure in the past decade. This is due to the rise of its automotive and consumer markets and export of smart phones, tablets, drones and other microsystem and semiconductor enabled products. Historically, more than 90 percent of microelectromechanical systems (MEMS) devices such as accelerometers, gyroscopes, pressure sensors and radio frequency (RF) filters have been imported into China for product assembly. Virtually all the MEMS wafers are fabricated outside of the country and imported as wafers, chips or packaged devices. According to customs data, China imported semiconductor and MEMS chips worth US$304 billion in 2019, down 2.6 percent on a yearly basis1. Moreover, the State Council of China has declared that the country aims to increase its self-sufficiency rate of chips to 70 percent from the 30 percent level realised in 2019. This type of semiconductor manufacturing goal and the government funds associated with it have been ongoing for more than a decade. Read the full article on CMM. 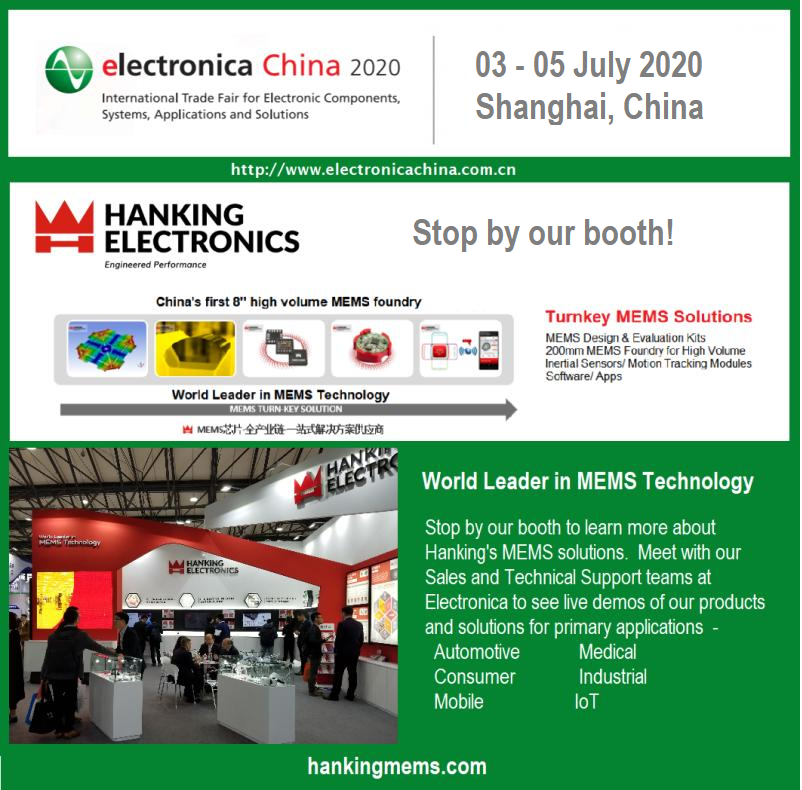